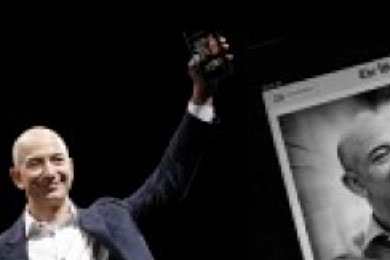 Amazon founder and chief executive Jeff Bezos will have more time for media when he steps down to become executive chairman later this year.

Still full of energy and keen to dispel ideas that he is retiring, the billionaire owner of the Washington Post told staff he will spend his time on "new products and early initiatives".

Bezos - who has built Amazon to a trillion-dollar company over 27 years - will hand over to AWS chief executive Andy Jassy, while spending more time on the Day 1 Fund, the Bezos Earth Fund, Blue Origin, the Washington Post, "and my other passions," he said.

"I'm super passionate about the impact I think these organisations can have."

He bought the Post in 2013 for US$250 million (A$328 million) and has since launched spin-off businesses including tech offering Arc Publishing.