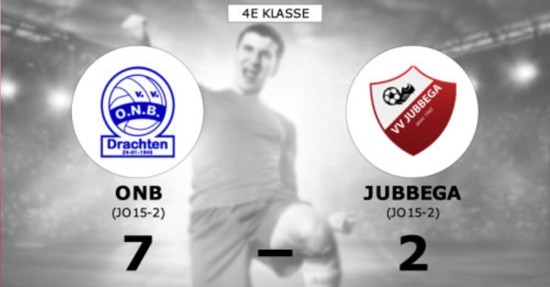 Dutch regional media group NDC will have a team of robots on its side as it ups its game with the start of the first post-COVID football season.

The publisher’s reader promise: To cover every single local match for the entirety of the season.

“For a regional publisher like us, being able to cover all matches of all divisions is engagement gold,” says NDC Sports Product Manager Ard Boer.

And how do they plan to do it? By using robots and crowdsourcing.

NDC Sports Project Manager Ard Boer: “Thanks to automated journalism, we’re able to write about every single local football match, coverage that’s not provided by anyone else. That, combined with the crowdsourcing element, will drive inclusivity and engagement in the local sports communities, and by extension create value in our news brand.”

The Netherlands is a football playing country – one million of the 17 million inhabitants belong to a club. Early on during the pandemic, regional news publisher NDC saw how the local sports communities were impacted and spotted an opportunity for the first post-COVID season.

The media company will do something no-one else in the country has attempted – covering every single local match for the whole season.

That’s 60,000 football games – a commitment far beyond the capacity of the newsroom. The solution: robots will write the match reports, while photos and comments from coaches will be collected through a crowdsourcing platform.

The crowdsourcing platform is developed by NDC with support from Swedish news automation provider United Robots, which already operates a similar service in Sweden, whereby team coaches are prompted to comment via text message after each match.

In NDC’s case, the platform will allow coaches to comment as well as provide data about goal scorers and will allow both coaches and others around the pitch to upload match photographs.

This article was produced as part of NDC’s automation test project in 2020, when they published junior football matches with crowdsourced photos.

The reader promise of covering all local football in the regions of Friesland, Groningen and Drenthe (1.5 million inhabitants) is all about reader engagement. NDC will offer unique journalism which will give local communities – teams, players, coaches and fans – a stake in the sports reporting. Says Ard Boer: “Thanks to automated journalism, we’re able to write about every single local football match, coverage that’s not provided by anyone else. That, combined with the crowdsourcing element, will drive inclusivity and engagement in the local sports communities, and by extension create value in our news brand.”

The engagement generated will not just strengthen NDC’s three local journalism news brands; it will also underpin the publisher’s reader revenue business. While the local matches will be free to read, the automated content will be combined with premium sports journalism to drive people down the funnel.

How robots help publishers connect with people. NDC is the most recent in a growing group of news publishers who automate local sports reporting in order to be able to cover all matches, all of the time.

It may sound somewhat contradictory that robots now play an active role in creating journalism that involves hundreds – thousands – of people who were rarely seen in local news stories before.

Editor-in-Chief Helena Tell at Bonnier title Bärgslagsbladet, which publishes automated sports and real estate content: “For a small newsroom, automation is necessary. We’re forever prioritising and sometimes I feel all we ever do is choose not to cover things. We know where to deploy our resources in order to make our readers happy. And if we can use technology and automation to perform tasks as well as we reporters would, there’s no doubt that’s what we should do.”

But the fact is, they do just that. There is plenty of evidence from local publishers of how this works. Helena Tell at Bonnier News Local title Bärgslagsbladet in Sweden says that automated match reporting means clubs and fans get the attention and the information they hunger for, without impacting journalists’ time in her newsroom.

None of the local media companies mentioned above actually built any newsroom robots. That job was done by United Robots in Malmö, Sweden, whose robots have generated and distributed over four million news texts to some 100 news publisher sites since the company launched in 2015.

And while United Robots take care of the tech development, each publisher is involved in training ‘their’ robot to write to their editorial style and guidelines. Once that is done, the vast majority of the content generated by the robots in Malmö, is sent straight to readers on publishers’ sites and apps, involving no manual tasks.

With robots working in the newsroom, publishers can provide readers with reporting where previously there was none.

It takes robots as long to write one text as 100, so they can generate great volumes of stories quickly, based on local data on topics like sports or real estate sales. Which allows even small local publishers to serve readers with new, extended coverage, including at hyperlocal level.

Automatically, and with no impact to journalists’ time. That is the real value of automated journalism.

Learn more about how robots can support journalism & newsrooms

United Robots is the world’s leading Automated Journalism service provider. We’ve provided some 100 news sites with more than four million automated texts since we launched in 2015. We work as partners to publishers in Scandinavia, Europe and North America who are using robots as newsroom resources to launch new verticals, drive conversions, provide real-time services, do geo targeting and more.
Visit our website or contact us 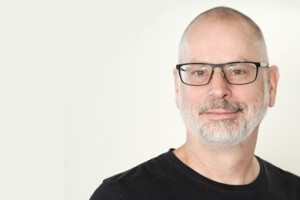 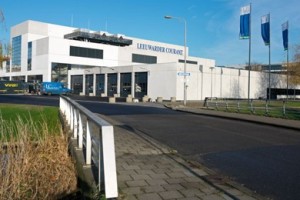