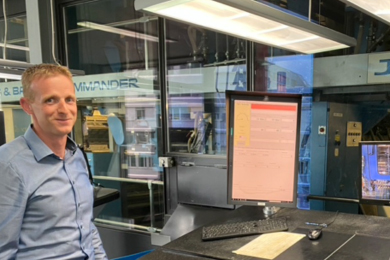 After developing its own insert management system over a number of years, Swiss media giant Tamedia has switched to MWM's Print 365 to manage production of more than a billion newspapers a year.

Following a decision in 2019, the cloud-based PPC production planning system was installed early last year, synchronising operations and providing information about available capacity. Besides the 40 titles owned by Tamedia, an increasing number of external editions are being printed, making accurate overview and timing necessary.

A CopyTrack module is being added in March, collecting shop floor data, and Print 365's invoicing module has been adopted as part of a new central HR and finance system.