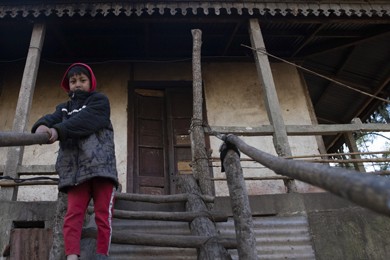 A series of mini-documentaries showcasing those hit hardest by the pandemic in Argentina helped drive community and state assistance.

In an INMA Ideas blog this week, Sosa tells what they found one frosty morning in August 2020, when the team travelled out from Puerto de Frutos, Tigre, sailed along the Luján, Sarmiento, and Capitán rivers, crossing the Paraná to reach the Pay Carabi stream, in the second section of the Delta islands.

Guided by Pastor José Murguia, they learned of families “stranded and isolated amid the pandemic – without work, without food, without the basic things to live”.

The result was a documentary, Stories from the Delta: The drama of families that were isolated by the pandemic and are in need of clothing and food – which Sosa says aimed to show the reality people were living in so others would want to help.

“The documentary was made in a very short time, less than a week, because we wanted to take advantage of the time when the supply boats were sailing so both the families featured in our documentary and their neighbours could get the necessary help from the mainland,” he says. “In the end, the community of San Fernando organised a collection of food and clothes that were sent to them a few weeks after the article was published.”

Infobae made several mini-documentaries during the first wave of COVID-19, portraying the different circumstances citizens were going through in Argentina. “In most cases, after these articles were published, the people we had portrayed received some kind of financial help from the state or from other individuals who showed solidarity and were able to totally or partially solve these problems.

“In those cases, our joy was twofold, not only because of the audiovisual and written content in the article but also because of the repercussions it caused in our society and because of the joy in having been able to contribute to improving the quality of life of those affected.”