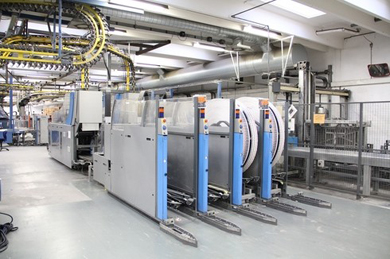 Backward compatibility was a factor in simplifying the modernisation of late 1980s inserting technology at its Kolding production site, and automating it with additional modules.

Created in 2014 through the merger of three media companies, the company supplies a full spectrum of media to around one third of Danish households. Based in Vejle, Jysk Fynske Medier operates newspaper printing plants in Odense, Kolding and Struer, producing 13 daily newspaper titles and 55 weeklies. At Kolding, four dailies with runs of up to 40,000 copies each are among items produced, plus numerous weekly titles.

Against the background of an uncertain media industry, Jysk Fynske Medier decided to automate one of two inserting lines in Kolding and undertake a retrofit. Two Ferag inserting lines - one used mainly for backup - were installed in the late 1980s, and have previously been hand-fed. Changes in the wage structure and the dwindling availability of manual labour made the upgrade attractive.

After an overall analysis of the system, wearing parts were replaced, and Ferag then tracked down pre-owned MultiDisc components including a winding station and two unwinding stations, which were factory overhauled and refurbished. These allow Jysk Fynske Medier to feed preprinted products and inserts automatically and at higher speeds from the reel to the ETR inserting drum. 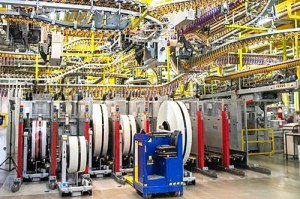 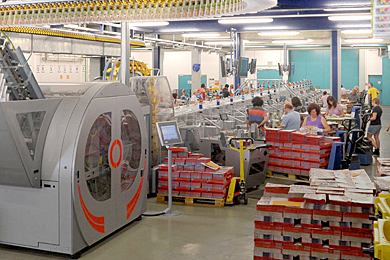 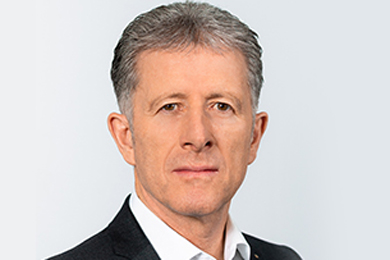 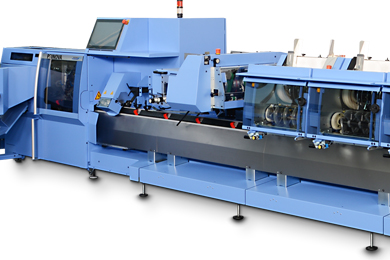 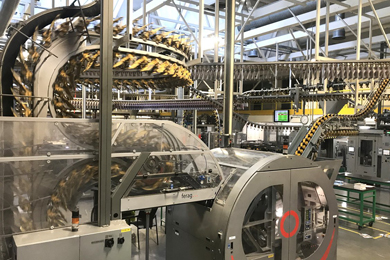 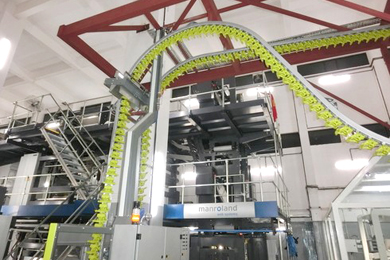