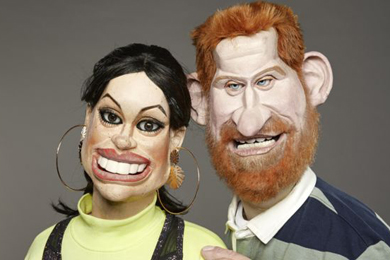 Another streaming service is to vie for Australia's SVOD market with the launch of joint venture Britbox.

The service - which launches later this year - is co-owned b y ITV and BBC Studios, with the UK's Channel 4 and 5 told that they may be able to joins the venture later.

A local team is being recruited led by a country manager for Australia, its fourth market following the US, Canada and the UK. Content will be curated especially for the market, with a mix of exclusive and non-exclusive British content, some of it - such as a reboot of the Spitting Image puppet comedy (pictured) - exclusive to Britbox.

Other shows are likely to include Broadchurch, Call the Midwife, Poldark, The Office, Death in Paradise, Doctor Who, Downton Abbey and Wolf Hall, most opf which are familiar to Australian viewers.

BritBox North America, which launched in March 2017, is reported to have attracted more than a million subscribers, able to use their subscriptions for either Canada or the US.