Transformation goes on with ViacomCBS changes 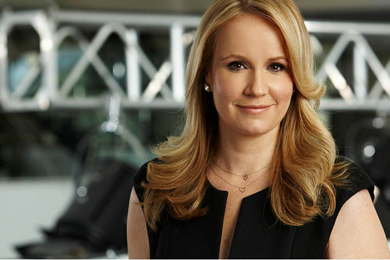 Restructuring and transformation continue at Australia's Ten Network, close to two years after the broadcaster was placed in voluntary administration.

Henriette Rothschild, a partner in KordaMentha - the "advisory and investment" firm which was Ten's administrator - has been appointed as ViacomCBS's interim chief transformation officer.

Anderson's departure was effective Wednesday, but he has agreed to stay in his role "in the interim" to help oversee the company's transition to new management. ViacomCBS will not seek direct replacement.

McGarvey (pictured) and a new co-lead responsible for commercial activities and operations, will report to Maria Kyriacou, president of ViacomCBS Networks International's operations in Australia and the UK.

Kyriacou says Network 10 has performed "very well" this year, with 11 consecutive weeks of audience share growth. "We want to build on that momentum, while at the same time leveraging the powerful ViacomCBS brands and assets from both a content and revenue perspective."

Her appointment "reflects the work we are undertaking to ensure the merged Network 10 and ViacomCBS Australia and New Zealand businesses are well positioned for the future," Kyriacou says.