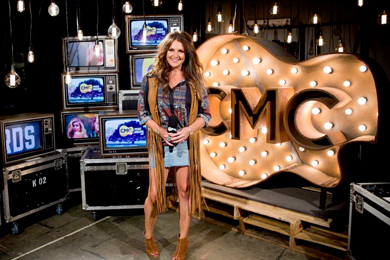 After vowing last month to support Australian musos by playing all-Australian music on Mondays, Foxtel is to cut its own locally-produced music channels altogether.

Music channels MAX, CMC and [V] - which play a high proportion of music videos - are being cut from the end of June in favour of cheaper content from ViacomCBS.

Industry newsletter The Music Network reported that the future of Smooth, its joint venture with Nova Entertainment, is not yet known. All music-only employees who worked on the affected channels are understood to be leaving, although Foxtel did not comment on staff changes.

Foxtel is reported to have cut a further 70 jobs last week, following job losses over recent months and a number of stand-downs related to COVID-19.

Foxtel executive director of television Brian Walsh told TMN music remained an important part of the business. He acknowledged management and music teams, past and present, who created Channel V, Max and CMC.

The new ViacomCBS agreement will provide a "broader variety" of music genres, including "a new kid-friendly music channel", all of which will be locally programmed.

A new line-up from July 1 will cover "rock and pop, contemporary and country, charts and dance, urban R&B, easy listening and the all-time classics". Featured channels are MTV Hits, MTV Classic, Club MTV, CMT (Country Music Television) and Nick Music, owned and operated by ViacomCBS with the MTV and CMT-branded channels all programmed in Australia, for Australian audiences.