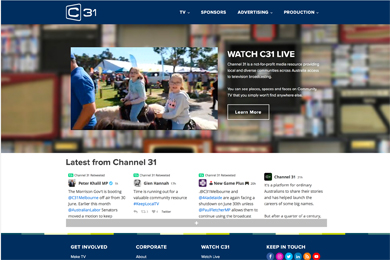 Regional communities losing their printed newspapers are not the only ones facing a deadline at the end of this month.

The difference for remaining Australian community TV channels 31 (Melbourne) and 44 (Adelaide) is that they've known the termination of their free-to-air licences was coming since 2014.

And that most regional and country communities are outside their broadcast areas.

A Senate motion and a petition signed by more than 5000 has so far failed to sway communications minister Paul Fletcher, who points to the government funds channelled to help them go online.

Each community broadcaster received $90,000 in 2015, and a further $34,3666 was handed out at the end of last year. Community stations in Sydney and Brisbane have already made the switch.