I find it interesting that it is written in Malayalam language. 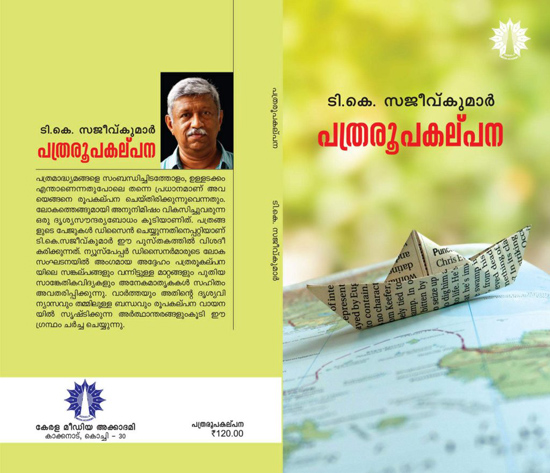 In the midst of a pandemic, while the world sort of stopped to catch its collective breath, a newspaper designer in India, TK Sajeev Kumar, completed a project that he had long been thinking about: a book totally devoted to newspaper design, and written in the Malayalam, the official language of the state of Kerala and the union territory of Lakshadweep.

Kumar and I are often in contact through the years, as he writes often about topics of common interest in popular newspaper design website http://newspaperdesign.in/

Kumar, who has served as the Society of News Design (SND)'s Asian and South Pacific region regional director and his website is widely read by those with interest in newspaper design developments in India and beyond. 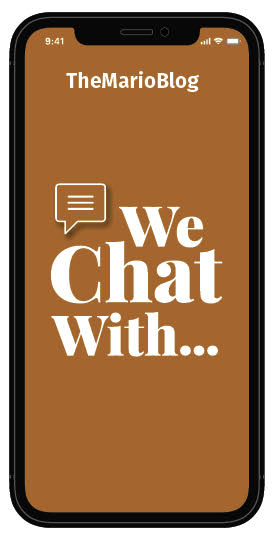 I wanted to know why this book at this time: For Kumar, this was a very personal project, a sort of man on a mission to inspire young people to read newspapers in print.

"Recently the print media has been facing challenges due to the new generation shifting from print media to television and online journalism. With the aim of promoting print media in the state, the Kerala Media Academy, a government organisation has been conducting media clubs in schools and colleges. As a part of this initiative they have published few books on the different aspects of print media. It was my pleasure to write one of the books on newspaper design. Since this book aims at the younger crowd, my approach was to keep it as simple as possible.

Book contents: The book starts with a brief history of newspaper design, embarking on the role of design in newspapers, cultural differences in design, innovation in storytelling, data visualisation and photo editing, among a variety of topics. I am honored to be quoted in this book, as well as other newspaper designers from around the world. My quotes are devoted specific to good use of white space, according to Kumar. Below sample pages from Kumar's book: 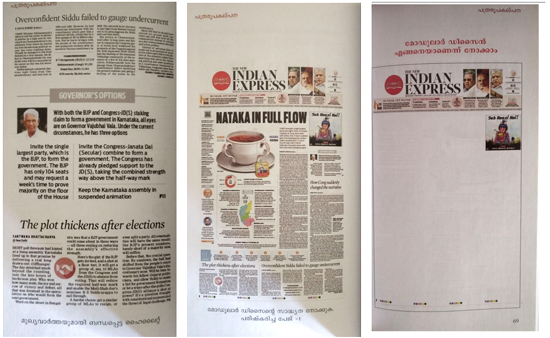 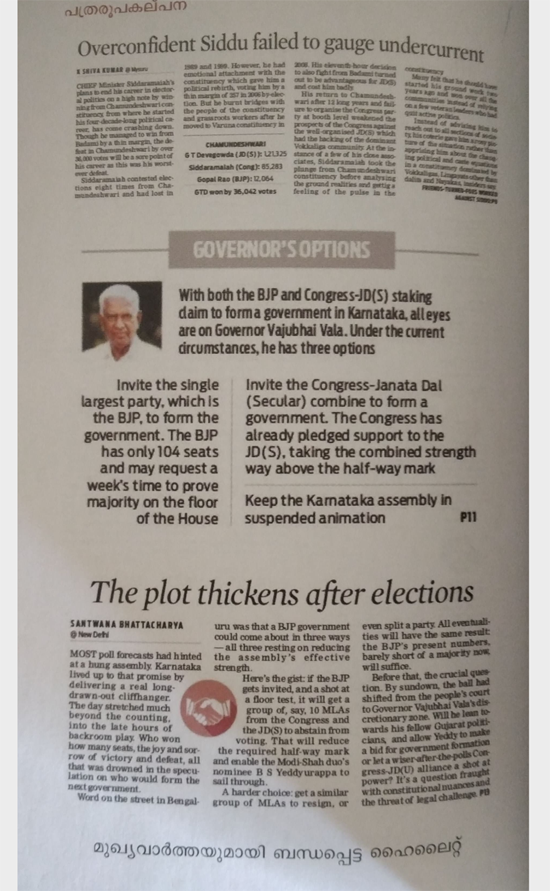 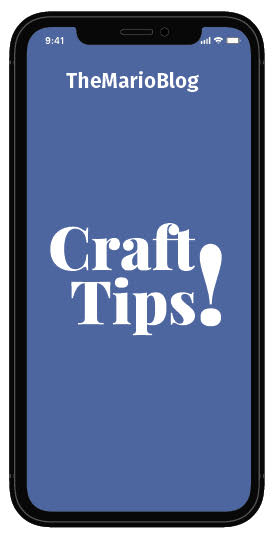 Type attack on the cover

What's a type attack? : It is when the designer capitalises on the impact that typography can have when played big and bold, as we see in this new cover from New York Magazine. 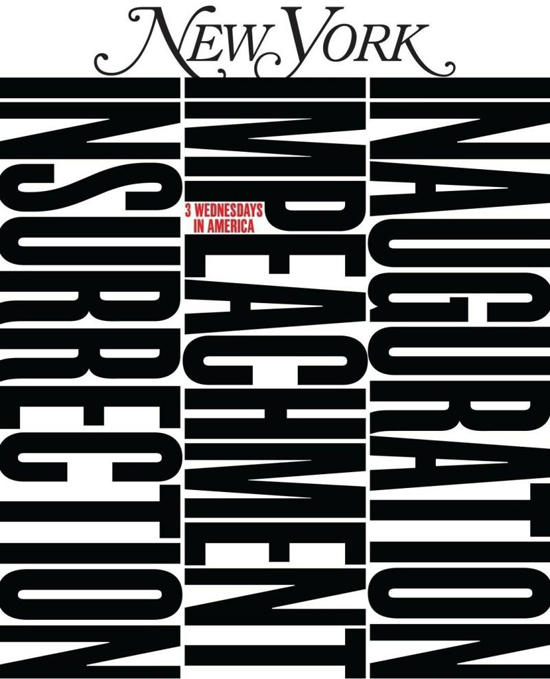 The power of photography

When the photo tells the story: Good example of just the right photo to convey the mood of the story--a PM's repentance. Kudos for The Daily Telegraph. 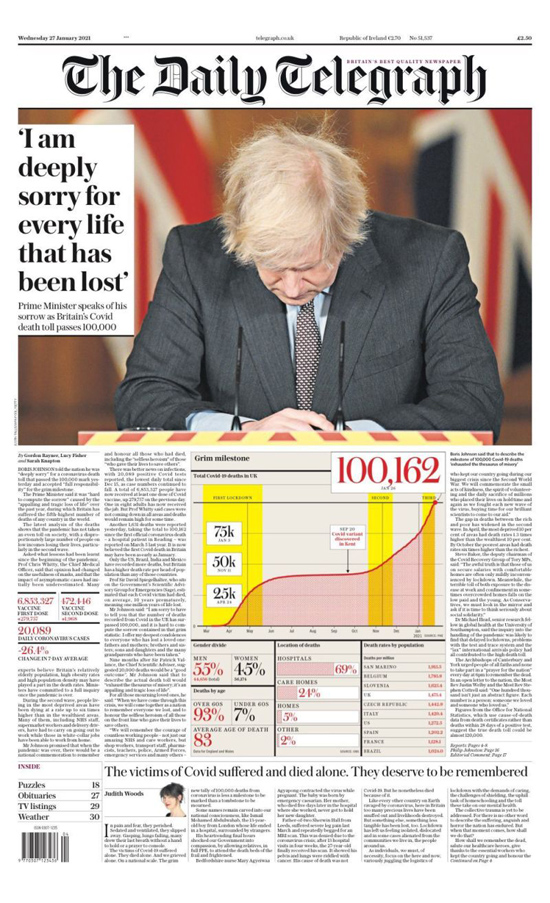 All about the Covid19 vaccine: In the print edition of the The New York Times Sunday, January 31, all you want to know before you roll up your sleeve to get that most wanted of all shots in the arm. I like this double page primer which tells you step by step from what you may feel when the needle goes into your arm (may feel icy?), to the most common side effect (sore arm), to questions concerning the vaccine and medical concerns, fertility and pregnancy, and whether you can contract the virus after receiving the first does of the vaccine (there are a few reported cases of people who apparently got infected after receiving the first dose). 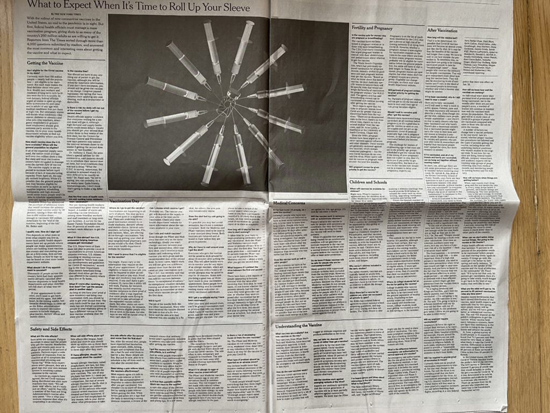 This is the type of public journalism service that readers appreciate. As someone who is ready to roll up my sleeve in a few days to get the vaccination, this was a most welcome report. Plaudits for the Times team that produced it. 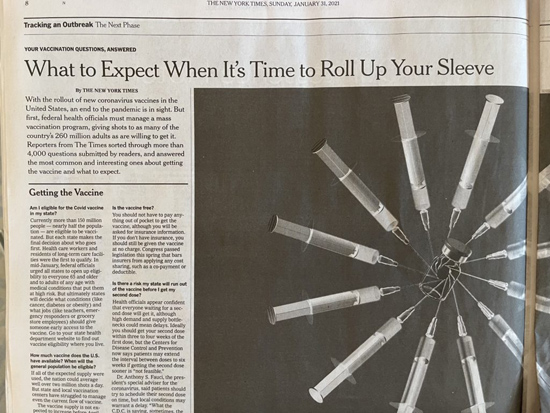 Here's how that double page appeared digitally: Interesting that here each question is clickable, allowing you to find the answer a click away. Well done. 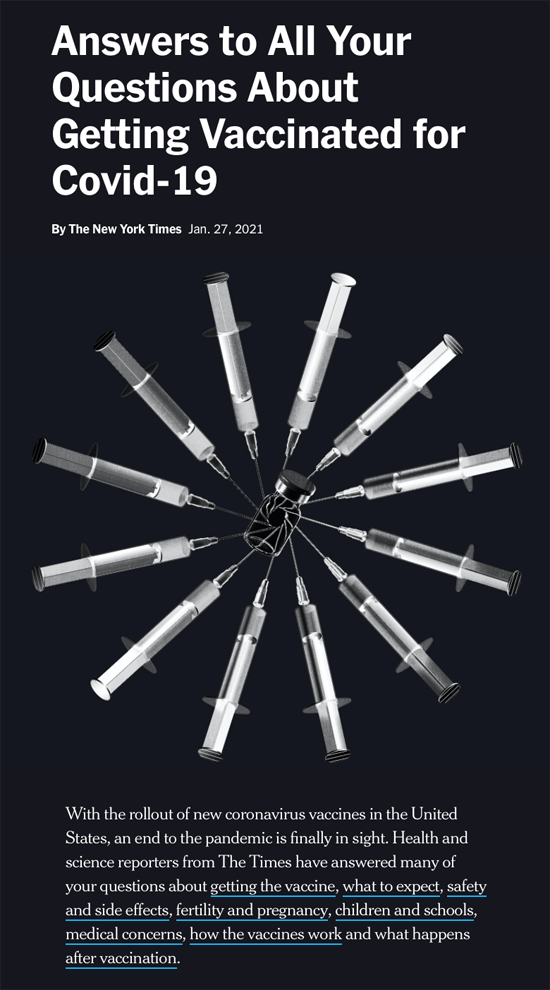 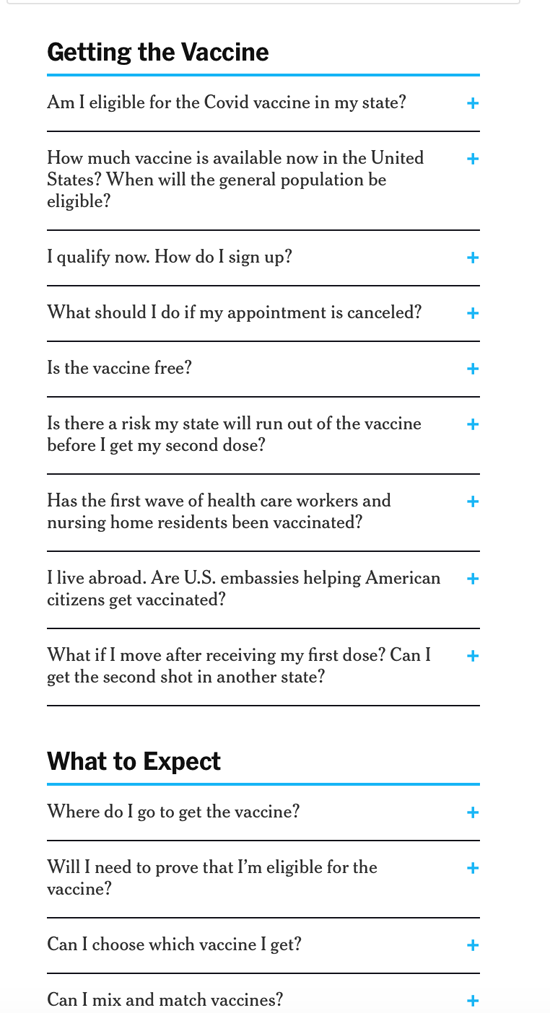 Professors: get your review version of The Story on time for fall classes

As an academic, I know the importance of having the right tools to advance our students, especially on the important subject of mobile storytelling. Please drop me an email if you would like to sample The Story in its digital edition: mario@garciamedia.com 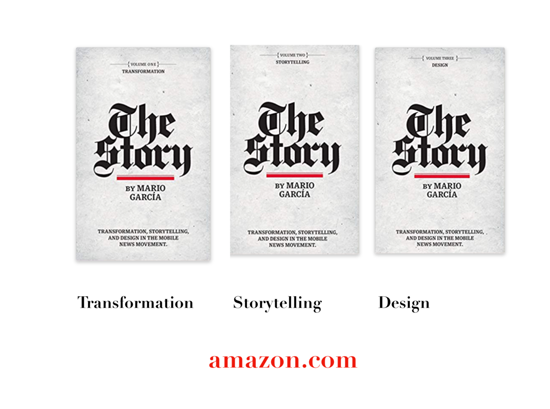 The full trilogy of The Story now available-3 books to guide you through a mobile first strategy. Whether you're a reporter, editor, designer, publisher, corporate communicator, The Story is for you! https://amazon 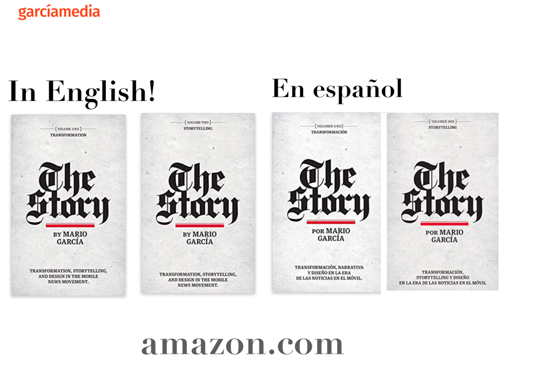 Peter Coleman: Framing a solution for media won’t come easy
Kevin Slimp: There’s something in the air
Dietmar Schantin: Overcoming resistance to change
Peter Coleman: How life might have been better without Facebook
Dietmar Schantin: Transparency and accuracy pivotal for reader trust
David Chavern: Media code is thoughtful, brave and might save journalism