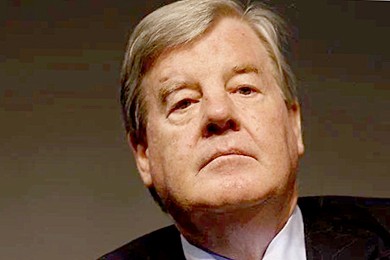 Two of Australia’s three commercial TV channels are most noted for their success, and it’s no coincidence that David Leckie had worked with both of them.

Leckie, who died early yesterday aged 70, was one of three great influencers of the evolving industry. He steered Nine for Kerry Packer, then joining Kerry Stokes’ Seven Network, for which he was still working in a mentoring capacity.

With Packer and the “larger-than-life” Sam Chisholm, Leckie shaped commercial television in the pre-internet era and helped Stokes and his son Ryan come to terms with the era which followed.

He joined Nine’s sales team in 1977 and was leading it as managing director by 1990, taking the channel to the top of the ratings until a new system was adopted, Nine slipped… and in 2001 Packer showed him the door.

The role at Seven began two years later, and saw him help build the content deals which delivered growth and differentiation. After leaving in 2012, he continued to advise the company for four years, and returned as an “executive mentor” to protégé James Warburton in 2020.

His reputation was as a “no-nonsense” operator with a sure hand, and tributes flowed yesterday, The Australian quoting one executive who commented, “You never ended the day not knowing how you’d done.”

In Seven’s statement yesterday, Warburton described him as “a true legend of the Australian media industry.

“Inspiring, engaging, loud, passionate and famously difficult at times, he was an extraordinary salesperson and an intuitive TV programmer. Without a doubt he was the best TV executive this country has ever seen and an important influence and mentor for so many people.”

At Seven, “he made us believe we were every bit as good as Channel 9,” former news executive Steve Carey was quoted as saying, with its commercial director Bruce McWilliam describing him as “one of the few executives brave enough to go toe-to-toe with Packer”.

While the news of his death was still circulating yesterday morning, I was called by a Kantor researcher asking questions for Nielsen… like what I watched television on. A huge move from John Logie Baird – who demonstrated the first TV system – and even Kerry Francis Bullmore Packer, it was a moment to consider the role David Leckie had also had in changing and sustaining the platform.