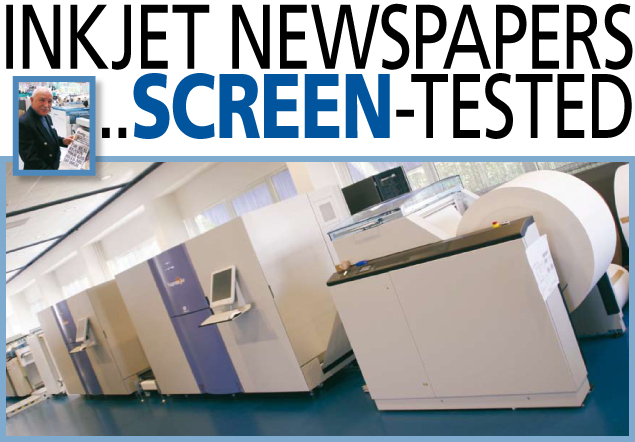 ➤ With inkjet web technology the hot topic at DRUPA, market experience was the scarce commodity Dainippon Screen brought to the debate. Since its commercial release in 2006, its Truepress Jet520 full-colour variable printing system has been the workhorse of the inkjet industry, producing newspapers as well as books and a wide range of other work including invoices and direct mail. And as applications for print-on-demand technology continue to increase, the trusty Truepress has quietly established itself as the number one system of its kind worldwide. Quietly, that is, apart from the rave reviews from users and others. At DRUPA, Screen showed two separate Truepress Jet520 presses – one a full duplex line (two engines) printing live editions of major international newspapers – and the other a new single-engine duplex machine shown on variable data and transpromo work. Digital printing of newspapers has the potential to eliminate the financial and environmental cost of freighting newspapers, while maintaining brand loyalty from ‘same day’ publication in remote areas, and all over the world. Wherever you are – at work, travelling or on holiday – reading a daily newspaper remains one of life’s pleasures, and copies from the Truepress retain the ‘look and feel’ of a conventionally-printed newspaper with quality which matches or exceeds it. It’s just that ... a true press from a company with more than 60 years’ printing experience. Publishers, printers and entrepreneurs are seizing on the opportunities created by short lead-times and the possibility of delivering a product to a market which can be as small as one, and with a production mix varied according to the needs of publication or distribution, rather than merely production. Until recently, digital printing has provided only a partial answer, with each solution undermined by either speed, quality or cost-per-copy. With Screen’s Truepress Jet520, there’s finally the means to print full-colour newspapers on the day of publication at the point of distribution, anywhere in the world. And at a speed, quality and cost which makes it viable. Screen’s market experience was underlined at the Düsseldorf show with production of a variety of international titles including the London ‘Daily Mail’, French evening newspaper ‘Le Monde’, Spain’s ‘El Pais’ and Japan’s second-largest-seller ‘Asahi Shimbun’. Using greyscale printheads which deliver multi-size droplets, the Jet520 can print almost 10,000 all-colour copies of a 40-page newspaper (315 x 470 mm) in an eight-hour shift. Combined with a Hunkeler online newspaper finishing system, the newspaper press was also seen at DRUPA printing a range of other products including brochures. As part of the on-demand newspaper solution, Screen demonstrated its dedicated newspaper workflow application Newsworker, which operates as a plug-in to Adobe’s InDesign to automate newspaper production from receipt of a publisher’s PDFs. The new Single Engine Duplex machine – making its first European appearance – can print either the full 520 mm width of the machine on one side of the paper (simplex), or up to 250 mm on both sides of the paper (duplex). The flexible platform was also an ideal showcase for Screen’s new variable data application Varystudio which produces optimised output for the Jet520. Dainippon Screen (Australia) general manager Gary Seidl says the success of the Truepress has been outstanding, with more than 100 units installed as printers and publishers embrace its flexibility and capability for a variety of applications. “It’s good to be able to offer a machine today which is already being used to produce such a wide range of different work,” he says. “It’s a truly flexible system with various machine specifications, inks and finishing options, as well as our new and established workflow options. We believe it’s the most flexible high-speed inkjet machine on the market.” Seidl says that Dainippon Screen shares the concerns of publishers and printers about future directions, a theme underlined by the company’s DRUPA slogan, ‘Creating a future in print’. “While doomsayers try to forecast a date for the demise of newspapers, Screen – as one of the most established and respected names in the industry – has been working with its partners and customers to secure a bright future in print,” he says. “The Truepress Jet520 demonstrates that commitment.” Dainippon Screen (Australia) Pty Ltd Sydney – Ph: 1300 305 118 Email garys@screenaust.com.au www.screenaust.com.au
Sections: Vendor promotions | Print 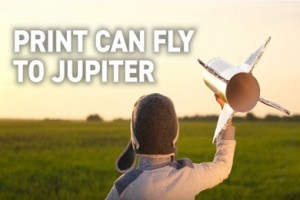 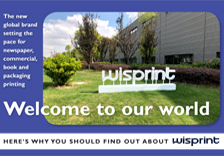 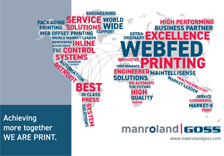 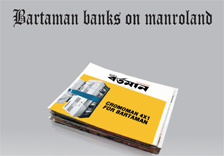 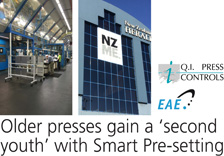 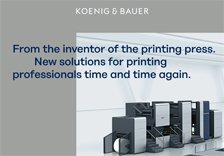